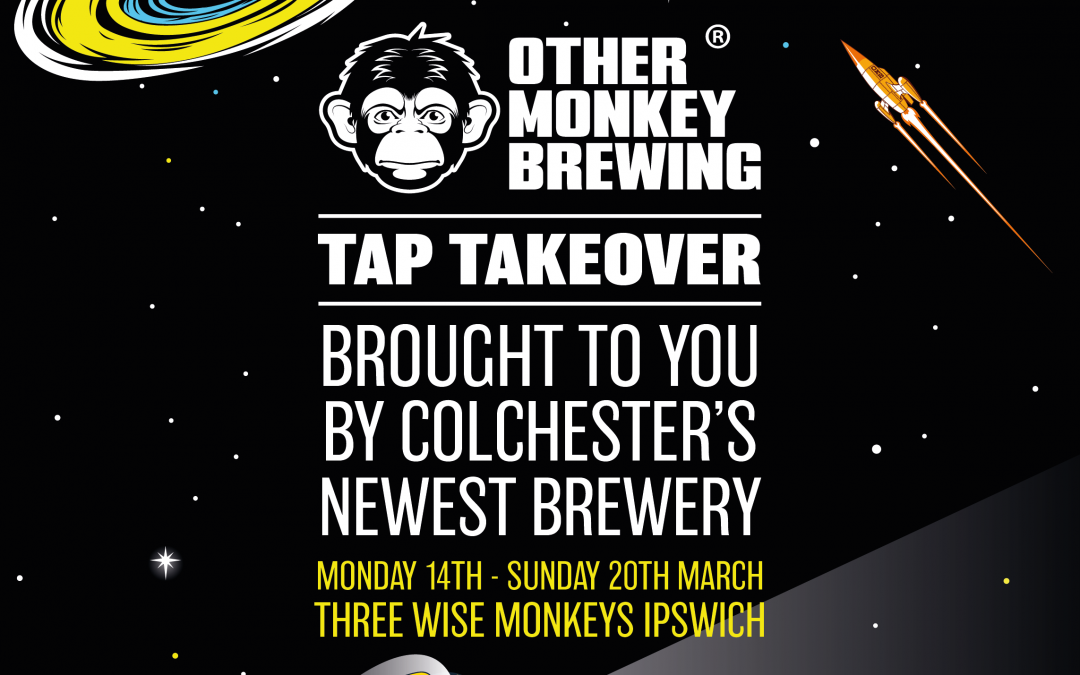 Did someone say tap takeover?

Other Monkey Brewing will be taking over the taps at Three Wise Monkeys Ipswich from Monday 14th – Sunday 20th March.

Other Monkey Brewing is an independently owned company. Founded in March 2016 they brew both traditional ales and exciting, award winning craft beers. Their brewers have knowledge of classic brewing techniques combined with fresh ideas that compliment their exciting offering.

You will be able to enjoy a selection of Other Monkey Brewing beers featuring offerings from their core range.

Doors open 11am each day.