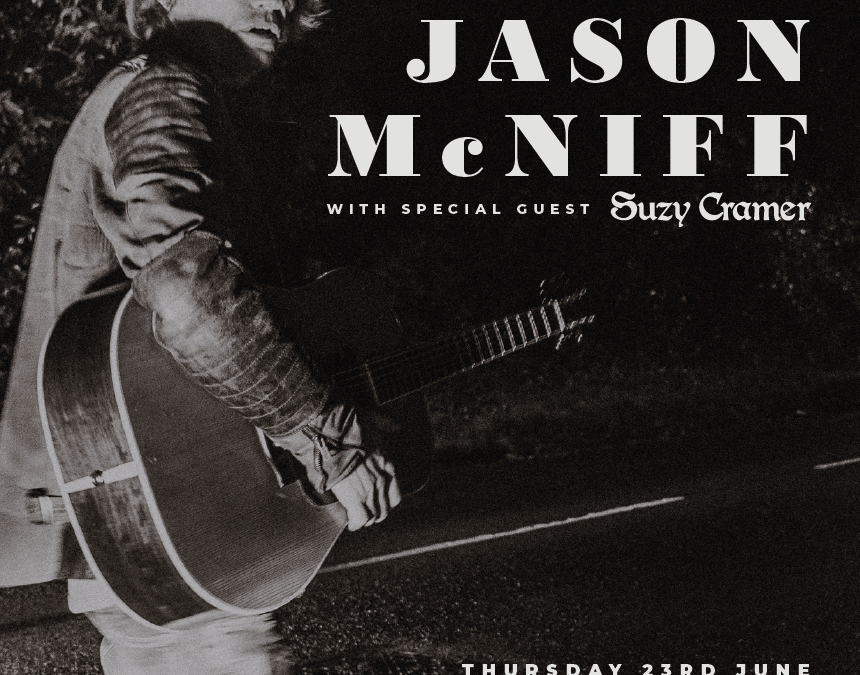 Jason McNiff plays Three Wise Monkeys Colchester on Thursday 23rd June as he tours the UK celebrating the release of this new album ‘Tonight We Ride’ where he covers the songs of Bob Dylan, Leonard Cohen, Dire Straits, Townes Van Zandt, Bert Jansch, Tom Russell and more.
Jason McNiff is a troubadour who has made seven albums which people call Folk, or Americana, or Alt. Country. There is an Englishness in his guitar playing however, and you might like to think of Bert Jansch or Wizz Jones meeting John Prine & Townes Van Zandt.

Time Out once wrote, “McNiff’s quiet, intimate, fragile-sounding vocals draw you into his world– an almost timeless place, through which he drifts, a romantic loner, a dreamer, at home with the blues.” He is often touted as one of the UK’s most overlooked musical treasures, as a songwriter and finger picker.

His album, April Cruel (Fledg’ling) was nominated for best album in the Alt.Country category at the Independent Music Awards, while a double CD anthology called ‘Rain Dries Your Eyes’ was issued in 2017.His latest album ‘Dust of Yesterday’ came out in 2021 and was album of the week in The Times.

A triumph of English-Americana – Time Out ****

Support on the night comes via Suzy Cramer, an alt-folk singer songwriter who is lyrically driven and writes about people, places and the ambiguity of life.

Access – There is no lift to access the top floor of Three Wise Monkeys. There are five flights of hand-railed stairs to reach the top floor with rest opportunities between each flight.