House of Stand Up Presents Colchester Comedy with Gordon Southern 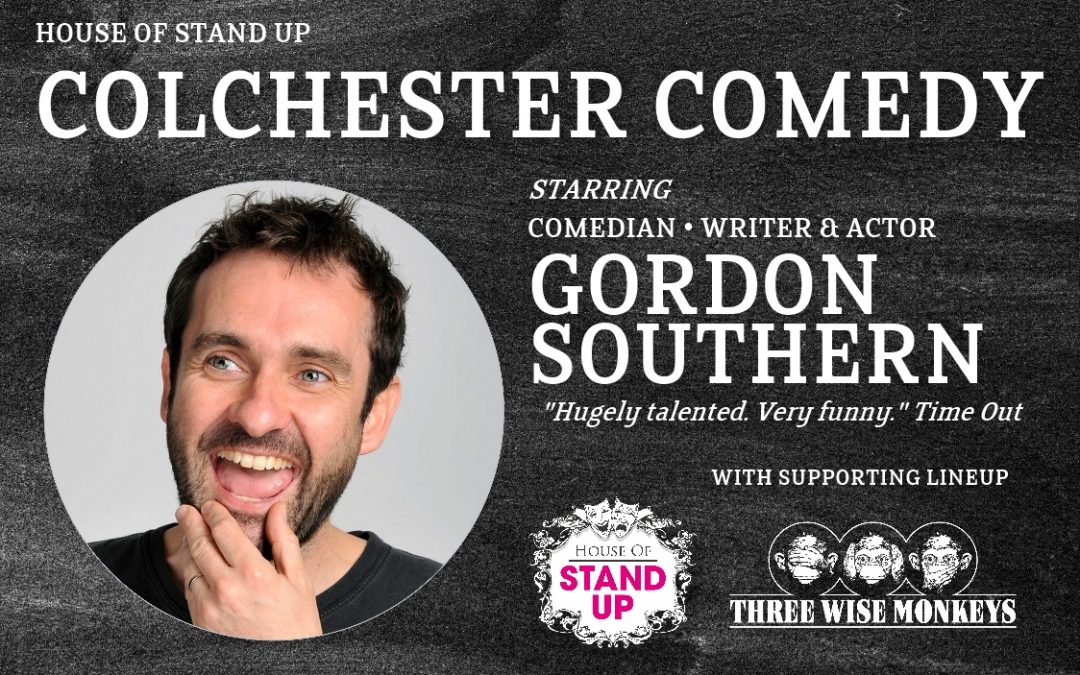 Gordon is a regular headliner on the UK and international circuit, spending several months every year performing sell out shows in Australia and New Zealand each year. A highly regarded act, he’s worked in many exotic & challenging places, including Afghanistan, The Falkland Islands, Kosovo & Liverpool. He’s sold out a 700 seat theatre with a solo show in Mumbai, India, headlined the first ever Serbian comedy festival, and has regularly headlined in Singapore, Dubai, Cyprus and New Zealand.
Gordon made his Edinburgh debut in the highly respected Comedy Zone in 1997 and has since gone on to take up several successful and acclaimed solo shows. The critically acclaimed A Brief History of History received nominations at both the New Zealand Comedy Festival and the Edinburgh Festival Fringe. He has enjoyed sell out runs at the Melbourne International Comedy Festival from 2011- 2014. His show The Kerfuffle was a total sell out and nominated for Best Show at Perth Fringe 2014. Gordon also has a Time Out Comedy Award from his days with BBC Radio 4’s Cheese Shop comedy sketch team.
“Hugely talented. Very funny.” Time Out
As always there’s a great supporting line-up direct from the London Comedy Circuit.
Book Early as Seating is Limited!
For more information visit
https://www.houseofstandup.co.uk/colchester/
Show contains adult humour so be prepared for some naughty jokes and strong language
PLEASE NOTE: ALL OUR SHOWS ARE SUBJECT TO SAFETY MEASURES AND GOVERNMENT ADVICE AT THE TIME